We would love to hear from you!

You can contact us by phone or email with the info below:

It’s a new year, people. By now, you’ve probably blown your resolutions. That’s okay. So did everyone else. So let’s focus on the stuff that really matters. Time to reflect on the things that 2013 has taught us about e-commerce. Q4, and specifically the month of December, really showed us that folks are content to shop from the couch… underneath the glow of their leg lamps while drinking eggnog, of course. Let’s take a look:

The Monday after Thanksgiving showed us that online shopping is up dramatically from last year. In fact, online shopping on “Cyber Monday” surged 21% over 2012 levels. (IBM, 2013).

With delayed packages, UPS was deemed “The Grinch who stole Christmas,” but the truth is that retailers weren’t prepared for the surge in last-minute online shopping. And they overpromised on delivery. One third of online retailers (32% of the 25 largest retailers in North America) missed Christmas shipping deadlines (Internet Retailer, 2013.)

Stats show that instead of conversing with grandma on Christmas day, folks were busy snagging deals from retailers using their smartphones and tablets. Take a look at these two stats:

A. On retail sites throughout the web, mobile traffic accounted for a full 48% of all online traffic on Christmas day, 2013. That’s up 28.3% from the mobile traffic seen during 2012’s Christmas.

So what did 2013 teach us? More people are shopping online than ever before, and they are doing so with mobile devices. For retailers, that means it’s more important than ever to offer mobile conveniences like simple navigation and fast and easy checkout. Is your site or app as trim and fit and as nimble and quick as you’d like it to be this new year? 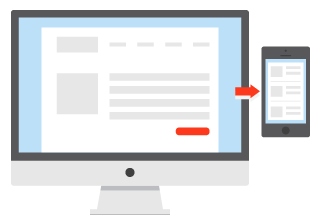 Care for a Demo?